The power in each of us 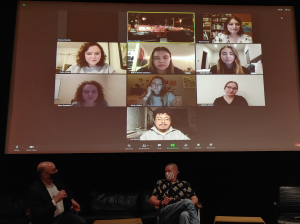 This week has been a powerful week.

On Monday, Provost Ramchand, Vice Chancellor Maurice Gipson and I had the opportunity to speak with Ambassador Andrew Young. This phone call was ahead of his keynote speech on Tuesday for MU’s 2021 celebration of MLK, “Infinite Hope.” The four of us talked about the role of reconciliation in pursuing change and how important education is to young people.

Then, on Tuesday evening, Ambassador Young spoke to our university and broader community. He talked about the “spiritual power” that influenced his work and the work of many other changemakers. He said, “That’s the same kind of power that dwelled in Martin Luther King, and that dwells in you.”

Later that evening, with those words in my mind, I attended a special pre-screening of a film at Columbia’s Ragtag Cinema about AIDS educator and MTV’s “The Real World: San Francisco” star Pedro Zamora. The documentary, “Keep the Cameras Rolling: The Pedro Zamora Way,” is directed by Professors Bill Horner and Stacey Woelfel and features the contributions of Mizzou students from the School of Journalism, Department of Political Science and the School of Music. It was a beautiful and moving film that featured moments of incredible courage, love and acceptance. It helps us reflect even more on this idea of individual power and gain a deeper understanding of humanity.